Learn More About Us

There’s no place like home, but there is at Heidi’s Haven Residential Assisted Living Facility in Leesburg 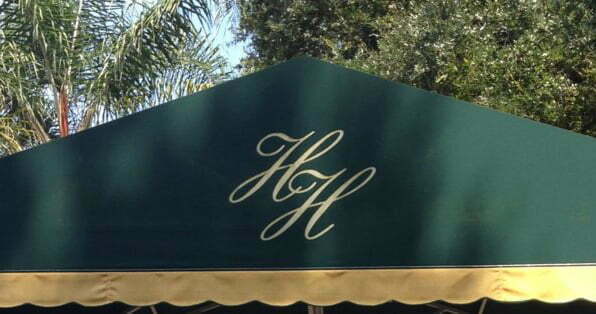 It’s true that east or west, home is best. But if you’ve never felt at home anywhere else other than in your home, it’s because you’ve not been at Heidi’s Haven Residential Assisted Living Facility in Leesburg. We boast of being able to create a beautiful home-like environment to ease your transition to respite care. When living in any of our facilities, you’ll be part of our big happy family and get to enjoy all the home comforts without worrying about chores or maintenance.

All our residential assisted living facilities take in and look after seniors who have reached a point where they can’t stay alone. While we don’t offer around-the-clock nursing or intricate medical supervision to our senior residents, we strive to provide friendly assistance with their routine activities such as bathing, dressing, personal hygiene, and grooming. Our friendly and hospitable staff also helps residents to get around and also offer assistance with medication.

Our facilities feature fully furnished private rooms designed for rest and comfort. While all our rooms are beautifully furnished and decorated, we also allow residents to furnish and decorate their rooms as they like. Note that Heidi’s Haven Residential Assisted Living Facilities in Leesburg, Florida aren’t just about creating beautiful home-like environments. They also focus on providing high-quality personalized care to residents.

With the understanding that each senior has his or her unique needs, we offer personalized care to each one of them through tailored resident care plans. So, whether you’re moving into a Heidi’s Haven Residential Assisted Living Facility from your home or hospital, you are assured of getting personalized care tailored to your health and wellness needs.

In addition to 24/7 assistance and personalized care, our residents get to enjoy a variety of activities that are designed to enrich the mind, body, and spirit. This helps relieve residents of the stress of day-to-day chores and gives them more time to partake in other activities that interest them more.  While residents can sustain an independent living at our facilities, we also encourage them to build relations and participate in social activities.

We have four Heidi’s Haven Residential Assisted Living Facilities – 2 in Leesburg, 1 in Lady Lake, and another in Fruit Park. We are privileged to serve all of Marion County and Lake County.

My mother was in a large facility where it was clear she was just a number. At 93, getting lost in the shuffle can be detrimental, she was starting to slide down hill when we found Heidi’s Haven in Fruitland Park. She has bounced back in just 2 weeks! Arline truly cares about her residence and her experience is obvious. She is sassy and snarky, yet makes you smile and comforts you all at the same time. Heidi’s Haven is a very special place. We feel blessed to have found them!!!

My mother is a resident at the Bonaire Drive House. I moved her there about 2 months ago from a large assisted living facility, where she got lost in the crowd, lost weight and lost interest in living. Miranda, her caretaker, at Heidi’s Haven Bonaire, is awesome. She goes above and beyond in caring for my Mom. My Mom has gained weight, become more alert, looks and feels better. I am welcome at the house from 9-9 daily without a prior phone call. Miranda has asked for a list of my Mom’s favorite foods, snacks, TV shows and activities. I feel really good about having her there, I know she is cared for like family. John Shelnut, the Administrator, is also wonderful and always has a big HELLO when we see him.

My mother is at Heidis Haven Lasalida. They had good reviews so I called the number, I talked to the guy in charge, and I went out there to walk around and talk to the other people there. There were four other women who were about my mother’s age, and they seemed to like it there. There is one nurse for every four people, so that was a very good ratio for me. It’s assisted living, and it’s in a house. There is one nurse who stays around the clock, and then they switch off. My mother has only been there a couple of weeks, but it seems to be OK. I go up there a couple of times a week and so far, so good. I’ve talked to the nurses there. I know all three of them now because they stay there two-to-three days at a time. I’ve watched them in action, as far as helping out the other patients and my mother, and they seem to be good. I found what food they have on a calendar, and each day is a different meal. If somebody wants something else, they can also make that. I don’t know how many of them take advantage of it, but there is a pool because it’s a house. I don’t think anybody uses the pool, though, because three of them need help just to move around. They just usually sit on the couch or a chair and sit there most of the day. They have activities like bingo nights and movie nights. I’ve seen them posted on the wall, and each day is different. The price is reasonable, and it’s within my mother’s budget. We looked at other places, and they were like $8,000-$10,000. It’s a really nice house in a really nice neighborhood with houses ranging anywhere from half a million to a million dollars. Outside there’s a lanai where they can sit. It’s screened in, and you can see the lake. It has a really nice view, and it’s a nice neighborhood.

Thank you for your interest in Heid’s Haven. We are looking forward to hearing from you. Please feel free to get in touch via phone, or just use the form below — we will get back to you as soon as possible.